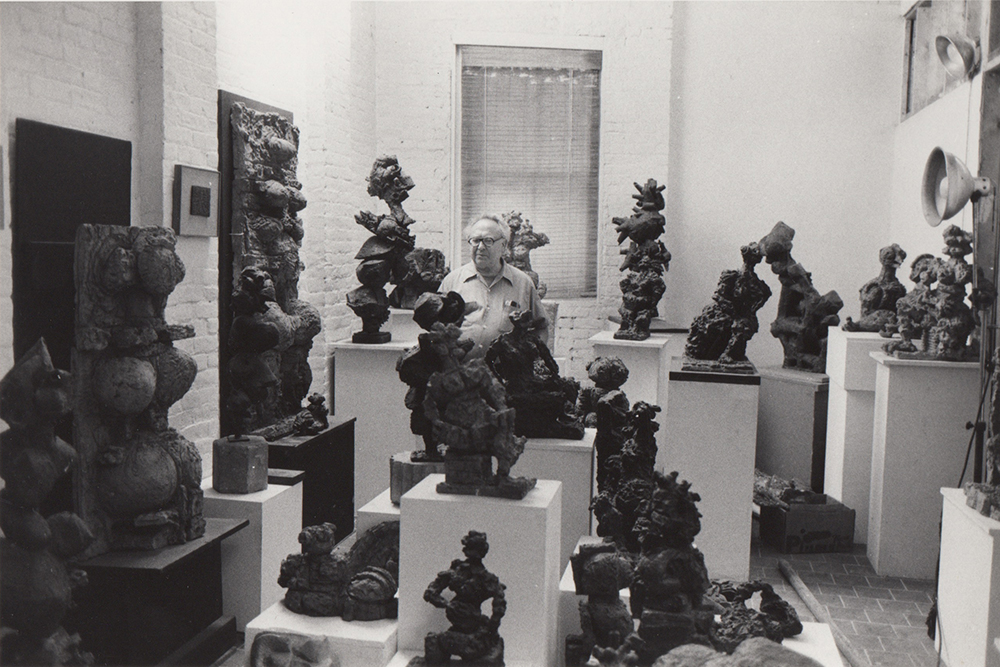 Foundation’s Mission
As Reuben Kadish stated in his will: “It is my wish and direction that my works of art shall be conserved, displayed and distributed to reach the widest practicable public and shall not be sold or otherwise exploited for the private gain of any individual. that all such works of art will eventually be sold, given or loaned to museums, schools, colleges, universities or other public institutions to be conserved and displayed as part of their permanent collections.”

Registration
The Reuben Kadish Art Foundation – EIN # 31-1631167
The foundation was classified a 509 (a)(1) organization in February 1999 and is exempt from federal income tax as described under that section of the Interned Revenue Code. The foundation was incorporate and certified as a not-for-profit corporation in September 1998 by the State of New York (F98091600686).